From The Ground Down

From The Ground Down

Tautona mine is the deepest gold mine in the world. In addition to its depth, it spreads horizontally - resembling a web-like circulatory system in its structure. Yet its profound scale and intricacy is unknown to most who live on the surface. This distinct separation between the exterior and the underground has predominated in Johannesburg since mining began. From The Ground Down is a drawing of the Tautona mine map, rendered using earth from Johannesburg. The orientation of the map (on a floor surface) references the downward location of the mines spread out below the city. Using local soil to depict the hollow spaces, the piece calls attention to the displacement and transference of great volumes beneath our feet. 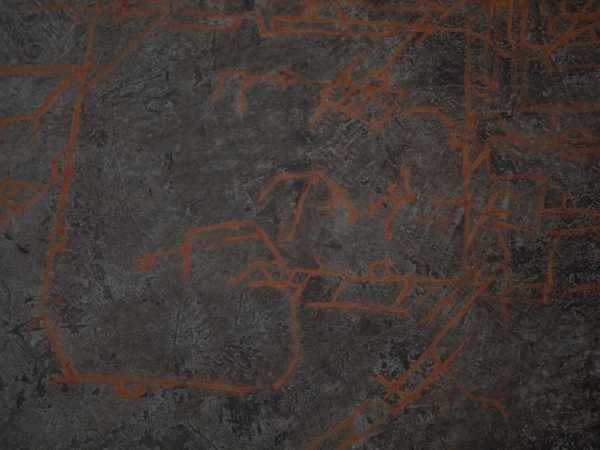